Industries are becoming more mission-critical in every aspect all while demanding environmental conservation.

SANUPS A11J was designed in response to eco-friendly market needs.

TWO BIRDS WITH ONE STONE

A double conversion system was adopted in order to supply high-quality power. A11J is utilizing a CVCF system which is not affected by the change in input voltage and frequency. It achieves a 93% efficiency rate, while simultaneously reducing running cost, due to a three-level inverter in the DC/AC conversion circuit.

Furthermore, we added a parallel redundant N+1 system to the A11J S-2 in order to improve the reliability even more. For example, if a failure occurs in one of the units in a 5kVA N+1 system, the remaining unit has the capability to carry the 5kVA load. SANUPS A11J S-2 typically supports wafer machines in the semiconductor industry. A11J S-2 is supporting wafer machine and semiconductor industry.

The system can operate on normal mode when the input voltage is -20% to +15% of the nominal input voltage while supplying sufficient output capacity (Max -40% to +15%). With I/O asynchronous mode, the output of 50/60 Hz can be supplied even with an input frequency in the range of 40 Hz to 120 Hz.

A11J is using modules for the battery and the power converter resulting in high maintainability. The modules use a plug-in method, so even if a malfunction occurs during parallel redundant operations, the power module can be replaced quickly while supplying inverter power. This ensures high availability.

SANUPS’s circuit boards are fully coated through soldering to prevent short-circuiting, caused by dust and insects. Our dust filters are also available as an option.

SANUPS periodically performs an automatic battery test for maintenance purposes and sends notifications to the host if an issue occurs.

SANUPS emits the lowest electrical noise possible preventing potential problems to the connected loads. The circuits are designed in the acoustic anechoic chamber.

A11J automatically checks the battery's condition periodically and sends notifications to the host when a problem occurs. The auto health check-ups extend the battery life.

SANUPS stops excessive current when overcurrent occurs resulting in no voltage change to the utility power and related equipment.

SANUPS automatically disconnects the circuit in the event of the overload or short circuit, preventing damage to the network and equipment.

SANUPS A11J uses only fortified components based on advanced design and technology. Highly reliable ISO9001/14001 certified factory, utilizing a stringent quality control method, results in SANUPS A11J achieving one of the longest product life cycles and one of the highest MTBF rates in the industry.

Train rail control system supports safe train operations by controlling railroad switches and train signals. The system demands 60 minutes of backup runtime and redundant configuration for high reliability to make sure train operations would not be shut down by blackout or other commercial power problems.

With SANUPS A11J's N+1 redundant configuration, the uninterruptible power supply system can provide a continuous pure sine wave even if one of the units experiences a malfunction. Moreover, maintenance can be performed without stopping the system ever since SANUPS A11J was employed. As a result, railroad manufacturers were able to reduce maintenance labor costs.

SANUPS SOFTWARE is a shutdown assistant. By installing it on the shutdown target computers, your mission-critical equipment can be safely shutdown ensuring system uptime, data integrity, and the ability to maintain business continuity. The application shutdown function even shuts down Microsoft office applications as well.

SANUPS SOFTWARE is innovative software because it also has the capability of a commander server*1 (LAN Card functionality) as well as uninterruptible power supply monitoring for today's complicated IT infrastructure.

*1 To use the software acts as a commander, please connect commander PC to uninterruptible power supply system via serial cable.

*1 Shutdown target devices need to be powered by the same uninterruptible power supply system that the commander PC is powered by. 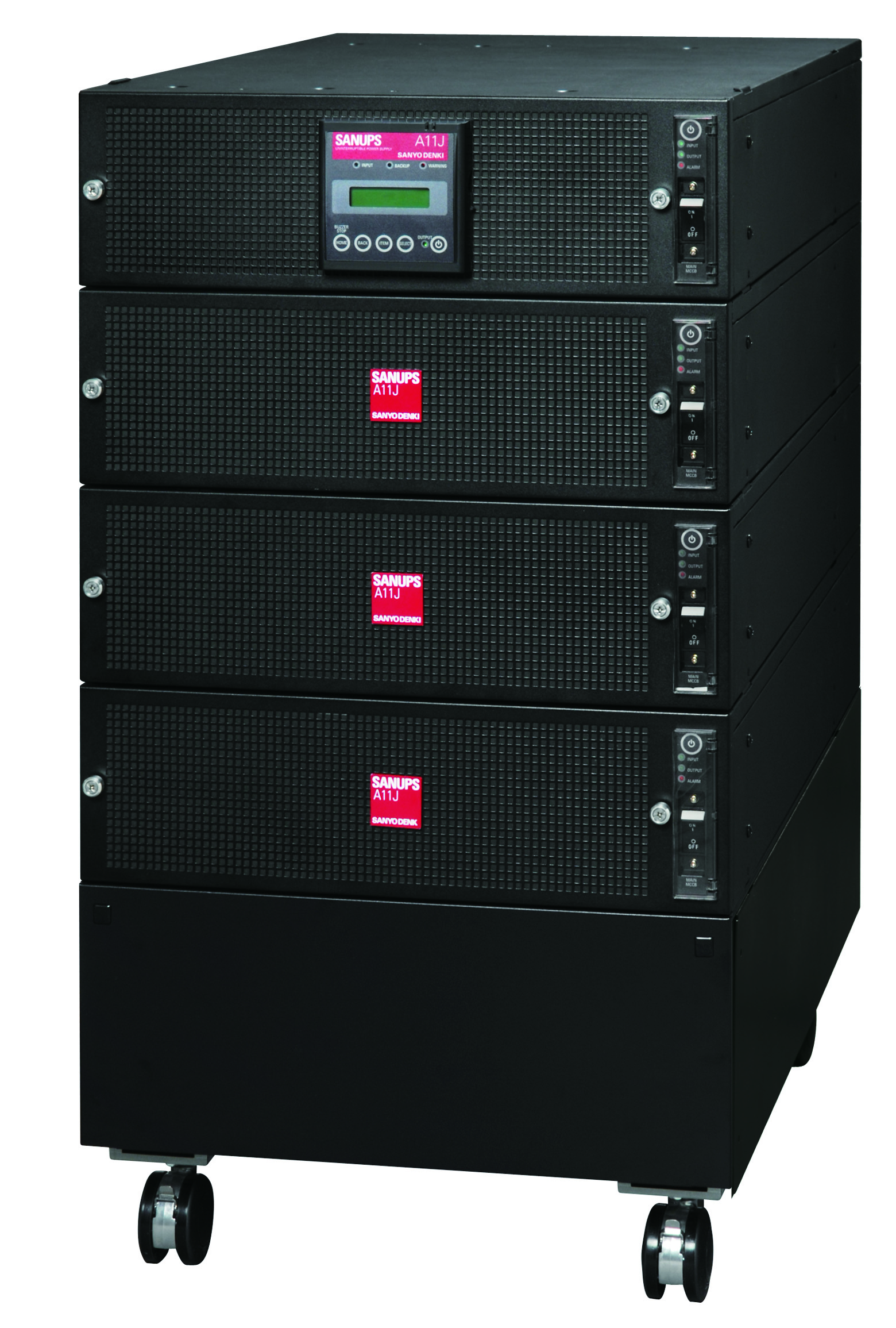