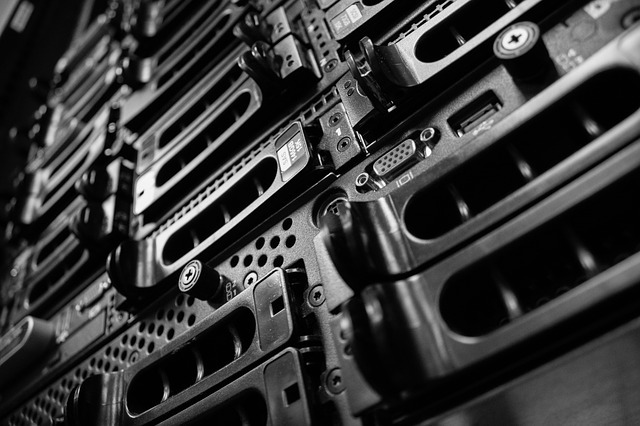 SANUPS High-Performance, High-Reliability UPS to Save the Day!

Recently, there has been an increasing need for emergency power sources due to the growing interest in disaster management. In the factory automation field, there has been a remarkable upsurge in the number of UPSs (uninterruptible power supply) installed with PCs or network devices for production lines. However, because high reliability is required for a UPS, its selection and operation should be done carefully and with a long-term perspective.

UPS Malfunctioning Frequently? The complaint from the customer!

Company A, an independent system integrator, handles the construction and operation of various types of data systems as well as the sale of related equipment and software. They received a complaint from a customer in the manufacturing industry and were having a hard time dealing with it.

In the past, the customer asked them to bring in low-cost UPSs for servers in a factory. In response, they helped the customer build a system. To keep costs low, Company A used a modestly-priced passive standby UPS for the project.

They finished building the system during holidays without problems. Right after the holidays, the system started running but the UPS kept frequently switching to battery operation. A warning alarm sounded over and over in the factory, and some workers complained of anxiety.

Responding to the complaint, the Company A’s support department quickly investigated the cause. They found that the switching to battery operation was caused by the detection of a voltage or frequency fluctuation due to a large electric current generated every time a motor-like load was started.

Getting a High-Quality Replacement UPS in a Time Crunch

In addition, frequent battery operation has been linked to accelerated battery deterioration. Shortened battery replacement cycles lead to reduced cost-efficiency. “I got an earful from the customer and was told to deal with it immediately,” recalls Mr. E, a salesperson from Company A.

“To solve this problem, we had to find a replacement UPS on the double. So I worked with our support department to contact several manufacturers. However, we could find only a few manufacturers who could meet our tight delivery time. But even among those, they didn’t have what we needed.”

The complaint left Mr. E in a serious bind to get a UPS that could solve the problem.

By chance, Mr. E recalled being told about this service by a sales representative from SANYO DENKI so he picked up his phone.

No Hassles, No Headaches: Fast Delivery of Top Quality UPSs

That same day, a SANYO DENKI sales rep met with Mr. E and helped him select a UPS. “I found that passive standby UPSs were overly sensitive to grid power fluctuations, causing them to constantly switch to battery operation,” Mr. E said. “SANYO DENKI suggested that we try using a double conversion online or hybrid UPS that has a wide input voltage range. I was surprised that their double conversion online UPSs and hybrid UPSs ranging from 350 VA to 5 kVA actually fell under their short lead time service. Even better, all those models could be shipped out the next day!”

Mr. E compared the two topologies and decided to choose the hybrid topology. “It automatically and intuitively selects one of three modes depending on the power condition: an efficient economy mode, a double conversion mode to ensure power quality, and active filter mode. These smart features offer both high efficiency and stability—the advantages of two topologies. Another major benefit was its battery self-check function that set me at ease knowing that the UPS will operate properly during power outages. This was the deciding factor for me.”

In addition, Mr. E was satisfied with its long expected life.
“The battery life of the low-price standby UPS we initially adopted was 2 to 3 years, whereas that of the SANYO DENKI UPS is about 5 years. That’s more than twice as long! This long battery life reduces the maintenance labor hours for battery replacement and matches the 4- to 5-year replacement cycles of PCs and servers, which lets us perform all the replacements at once. Though the initial cost was a little higher than a standby UPS, I worked out that the overall improved cost-efficiency would pay dividends in the long run.”

In this way, Mr. E decided to use SANYO DENKI’s UPS, and it was delivered to him two days after ordered. “The customer was very satisfied with it,” beamed Mr. E. “I was surprised to know that SANYO DENKI offers a short lead time service, and thanks to the abundant product lineup, we could select the best UPS for our need. I can’t thank you enough for your help. Through this experience, I learned many things including the fact that using a high-quality, reliable UPS can reduce costs in the end. From now on, I’ll remember that something that costs less initially, may have steep costs in the end. I’ll focus on making proposals that will benefit customers in the long run.”