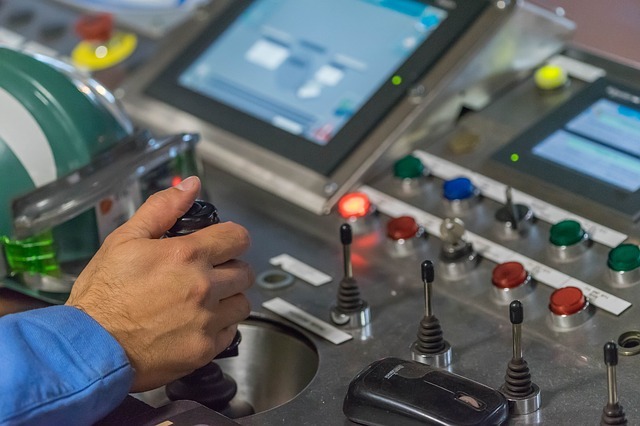 In recent years, in light of the importance of business continuity planning (BCP), a growing number of companies are using uninterruptible power supplies (UPS) for the maintenance and stable operation of factory automation (FA) and industrial equipment as well as office automation (OA) equipment. In the manufacturing industry, there is a trend of shifting production bases to developing Asian countries. However, issues surrounding power management often become a stumbling block. To potentially mitigate these issues, UPSs are sought after to protect applications from the power outages and voltage fluctuations characteristic of the unstable power supply conditions in certain developing regions.

Company R, an industrial machinery manufacturer, produces machine tools and industrial robots. In recent years, Company R has received an increasing number of orders from manufacturers whose production is based outside Japan. This shift presented Company R with several challenges while developing a new model of its optical inspection equipment.

The new model needed a UPS as backup power for its internal production control system. They initially considered a passive standby UPS as a candidate on account of its low price. However, this type of UPS has some vital reliability issues. “Although the low price of a passive standby UPS was appealing, there was a possibility that we’d lose system data during the momentary transfer to battery power when an outage happens. That was my main concern,” explained Mr. H, a manager at Company R’s engineering department.

In addition, standby UPSs could cause problems when used abroad. “You can use them essentially without any problems in countries like Japan where the power supply is stable. When used abroad where grid power is unstable, however, standby UPSs cannot handle large voltage or frequency fluctuation, potentially resulting in system data loss or equipment damage,” Mr. H explained.

To solve these problems, he then considered adopting a UPS with a double conversion online topology, which provides a stable output voltage and frequency regardless of input voltage fluctuations. However, double conversion online UPSs were too expensive for his company’s budget. Mr. H was now thrown into an agonizing dilemma over reliability and cost. “We received requests from customers that they wanted to use our machines in their overseas factories just as stable as in Japan,” said Mr. H. “As more and more of our users were expanding into the global market, ensuring that our new products could be used with complete confidence anywhere in the world became an essential requirement.”

At such a time, Mr. H had a chance to consult with a SANYO DENKI salesperson who happened to visit Company R on another matter. The salesperson proposed a hybrid UPS that incorporates the advantages of both the passive standby UPS and double conversion online UPS: low cost and high reliability. Mr. H was very interested in it and wanted to hear the details right away.

The proposed hybrid UPS made by SANYO DENKI offers a more affordable price point yet does not allow momentary interruption during a power outage. “Its ability to provide power in pure sine waveform during an outage just like an online UPS was exactly what we wanted,” said Mr. H. “This proposal clearly convinced me that it was possible to achieve stable operation without breaking the bank.

Most importantly, Mr. H was pleased that the hybrid UPS can be used abroad without problems. “SANYO DENKI has a wide lineup supporting 100 V and 200 V systems and UL/CE standards, for use abroad and in Japan. Also, the bundled power management software can be used in English. I like as well that the software came with the UPS so that our customers don’t have to purchase it separately. In addition, it was very helpful that floor-mounting brackets and other installation parts were available for quick delivery so that our customers could shore up their facilities right away.”

This is how Company R came to use SANYO DENKI’s hybrid UPS. Once the UPSs were on hand, new product development progressed smoothly and the new optical inspection system was successfully released after a few months. It operated without problems in both Japan and abroad and was highly appreciated by users. “We’ve bought servo systems from SANYO DENKI before but I was unaware they also offered UPSs. It was a bit unexpected but in the end, I was very pleased that they could provide us with some fantastic UPSs,” Mr. H said.

“I also realized that the sales reps at SANYO DENKI command a wide range of product knowledge. So next time, I will be sure to consult with SANYO DENKI first if we’re facing development issues.”