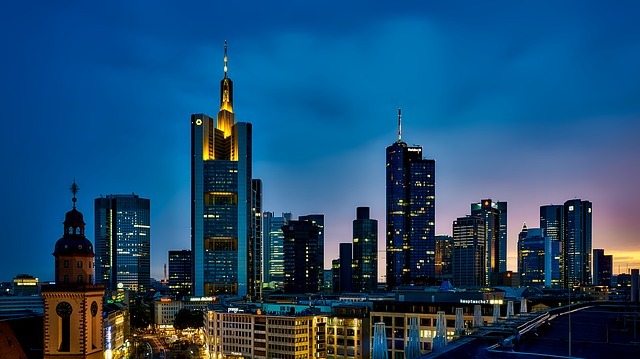 Today, information systems are the foundation of businesses, and system downtime means suspension of business activities. It is crucial for companies to prepare systems that enable them to continue critical business operations even in the event of natural disasters or to minimize system downtime if unavoidable. As companies recognize that risk management is one of their social responsibilities, the need to establish business continuity plans (BCP) has become urgent.

However, many companies are too busy with their day-to-day operations to prepare a satisfactory system. Moreover, BCPs can create headache-inducing issues such as increased management work and power consumption.

Company K, a metal processing manufacturer with production sites and sales bases in ten locations throughout Japan, has ERP systems installed on the head office core servers and business servers at each site in order to handle orders, production, and shipments. However, the management of servers distributed in the Kanto, Kinki, and Chugoku regions had always been a problem for the IT managers at the head office. Although there were system administrators at each site, they were not dedicated to IT infrastructure and lacked expertise and specialized knowledge, so all they could do was to follow the instructions of head office when they could find the time.

“Because our business servers were distributed throughout the country, we at the head office didn’t have enough manpower to manage them all, so maintenance work was completely left to each site,” explained Mr. W, a manager at Company K’s information system center. “Head office staff visited each site once every six months, but that was far from being a decent management system.”

Then, a problem occurred. When the server went down in a blackout, critical ERP inventory data was lost, resulting in a temporary suspension of business. The important data was almost lost despite having a standby UPS installed in the server room. It failed in backing up the data because the batteries were dead. Fortunately, they could recover the backup data from a few hours prior, so it didn’t cause significant damage at that time. But, the system vulnerability had caught the whole company’s attention, and building a solid BCP suddenly became a major priority.

“Reliability” and “Cost” Dilemma. What to Do as a Company?

This problem was caused by the use of an inexpensive standby UPS that allowed frequent battery operation, which deteriorated the batteries, rendering them unable to function properly in power outages. So, the company considered introducing a more reliable UPS using the double conversion topology.

“Although a double conversion UPS is more expensive,” said Mr. W. “It would certainly make us feel more secure than before because they could save batteries even if a momentary power failure or voltage/frequency fluctuation occurred. However, they generate power losses constantly by design, increasing power consumption. This increase in power costs was not negligible.”

Furthermore, introducing high-reliability UPSs would not improve the trouble of management at each site. He had to find a way to solve all these problems: costs, reliability, and ease of operation. UPS selection had become an agonizing dilemma for Mr. W.

Mr. W, a manager at the information system center at Company K, was having a hard time coming up with a solution to this problem, and that was when he met with a SANYO DENKI sales representative. “I was looking for a UPS that had the same reliability as a double conversion UPS but costs less to run and manage,” said Mr. W.

The sales rep’s answer was sufficient to resolve Mr. W’s dilemma. He proposed a “hybrid UPS” that combines the strengths of two types of UPS: the low running cost of a standby UPS, and the high reliability of a double conversion UPS.

In addition to the hybrid UPS’ long-life design, it has a function to automatically switch to the optimum operation mode for any given power condition. Therefore, it always runs in the most efficient operating mode. This efficient operation achieves a 47%* reduction in power consumption and CO2 emissions. Realizing both high reliability and the low running cost was the exact feature that Company K wanted.

* Comparison was made with our existing double conversion UPS

Mr. W installed the hybrid UPSs at a few sites on a trial basis to verify their effectiveness. The result, as expected, was confirmation of a drastic reduction in power consumption. In addition to the power consumption issue, other management problems were solved. The cooling fans are durable, so replacement is unnecessary. Battery self-tests are automatically performed at regular intervals, ensuring reliable UPS operation in the event of a power failure, unlike their past power troubles. “Fans and batteries are designed to last for a long time, and with power management software, UPS status can be displayed on remote computers whenever we wanted,” explained Mr. W. “Management has become stable and our management workload was reduced by 30%.”

Furthermore, the use of LAN interface cards enabled them to remotely and centrally manage all the regional server-backup UPSs at the head office, eliminating the need for complicated management of each site. Currently, Company K manages all the site servers in this manner.
“More than the cost aspect,” concluded Mr. W, “what I cared about most was my organization’s responsibility to build a solid BCP.” It can be said that his wishes have finally been fulfilled.