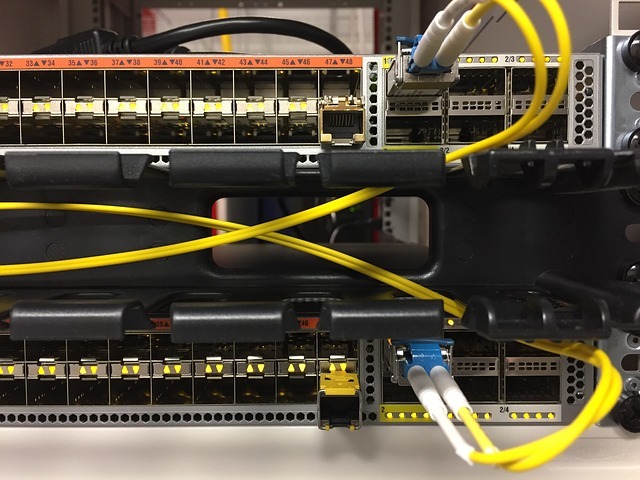 While many companies use outsourced data centers to build their IT infrastructure, it is also common to use in-house ones to host critical, sensitive business data or large amounts of data. The Great East Japan Earthquake reminded a number of companies of the importance of data protection, and many companies have placed a greater emphasis on power supply management to prepare for emergency power failures caused by natural disasters.

Against this backdrop, the reliability of uninterruptible power supplies (UPS) has been highlighted. However, to make full use of UPSs, selection needs to be done carefully. A handful of randomly selected UPSs may not work as expected.

The Importance of Power Supply Management, Keenly Felt Due to a Loss of Important Data

Company D is a fabless manufacturer that plans, designs, and develops products.
The company has highly sensitive technical know-how about molds, and about 150 designers deal with large volumes of important CAD drawings and evaluation results. Therefore, they have invested an enormous amount into establishing a complete data protection scheme, including a data backup and recovery strategy, as well as steps to prevent information leakage. However, after the lessons of recent earthquakes, they have shifted their focus to power supply management.

This is because IT equipment such as servers, storage, and computers can be damaged, or data can be lost not only because of power outages but also by the power supply becomes unstable. “Due to power outages during the Great East Japan Earthquake, some of our data stored in servers was damaged,” Mr. E explained.

“Fortunately, we safely shut the backup server down and recovered it later, avoiding the worst case of data loss. So we didn’t suffer actual loss, but this awakened us to the importance of power supply management.”

When Mr. E noticed that something was wrong with the servers and entered the server room, he found that the UPS for critical business servers had run out of power. “We later investigated the cause and found that the batteries in a number of UPSs had deteriorated to the point of no longer being capable of backing up servers in an outage,” recalled Mr. E. “Such a backup system is completely useless. Triggered by this event, we decided to review all the UPSs in the server room and build a reliable power supply system to prepare for an emergency.”

The company has adopted UPSs as a solution, but they did not determine selection criteria for them. As a result, they ended up with a mix of UPSs from different manufacturers in the server room. In fact, because they had never before suffered actual losses due to power outages, they did not pay much attention to UPSs.
“We have expanded our servers and peripherals many times to respond to on-site requests,” said Mr. E. “As a result, we ended up having dozens of UPSs from a mix of manufacturers all in one place. However, when we reviewed the entire server room, we realized that there was no management of load levels or battery life whatsoever, and there was also variability in the reliability level of the UPSs. These days servers are interlinked, so we cannot allow downtime for any one of them.”

Mr. E decided to take this opportunity to replace all the UPSs, and his requirements for replacement were: 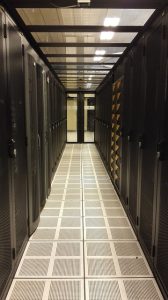 During Mr. E’s research, he came to recognize that SANYO DENKI handles a wide variety of UPSs. He picked up his phone right away to ask a sales representative for detailed information.

At a later date, the sales representative visited Company D to better understand their requirements in detail and proposed that they should adopt highly reliable double conversion UPSs for mission-critical applications, and not regular office computers or routers.

“His proposal was convincing because it prioritized reliability, as we required,” said Mr. E., “He told me that this type of UPS was used as backup power for critical applications such as ICT and financial systems, and was reliable enough to protect our critical data.”

In addition, Mr. E found the following two points in the proposal attractive.
First, it had a parallel redundant (N+1) configuration that improved the power supply reliability, making it suitable for backing up critical loads.
Second, centralized management of information, including the battery self-check function, ensured the preparedness of the UPS for emergencies.

“It can perform automatic battery self-checks periodically at a set cycle and report the results, so we can avoid situations where the batteries run out during emergencies,” said Mr. E. “In addition, the SANUPS SOFTWARE helps monitor the power supply status, reducing the burden on the administrator. The software alerts the administrator when a problem is detected, providing improved reliability and better management of our servers and network system.”

SANYO DENKI’s SANUPS A11J double conversion UPS has a high output power factor of 0.9, so it can be used for equipment with high power factors. A high 4.5 kW of power can be obtained from a 5 kVA unit, which is capable of supplying power to large-capacity loads and racks.

“In one of our racks, for instance, we had been using a 10 kVA unit of a conventional UPS with a 0.7 output power factor. With the 0.9 power factor of SANYO DENKI’s A11J, however, a 5 kVA unit was enough to back up the same rack. This would greatly contribute to reducing costs and saving space. Also, its high 93% efficiency contributes to reducing the entire server room’s power consumption. I can say with confidence that the SANYO DENKI UPS was the best choice for us.”

After thoroughly examining its functionality and benefits, Company D decided to adopt SANYO DENKI’s SANUPS A11J UPSs.
The A11J’s flexible scalability, with 5 kVA units able to be combined up to 20 kVA, was one of the major factors in the decision. This allows users to flexibly configure the optimal capacity for different racks. It is also possible to expand the capacity even after installation, reducing initial costs.

After installing the A11J, Mr. E came to the following conclusion:
“SANYO DENKI advised us after developing a good understanding of our challenges and requirements. Thanks to this, we could establish a power supply management system with excellent reliability and cost-effectiveness. I, as a member of the information system department, am really relieved to successfully clear this major challenge.”