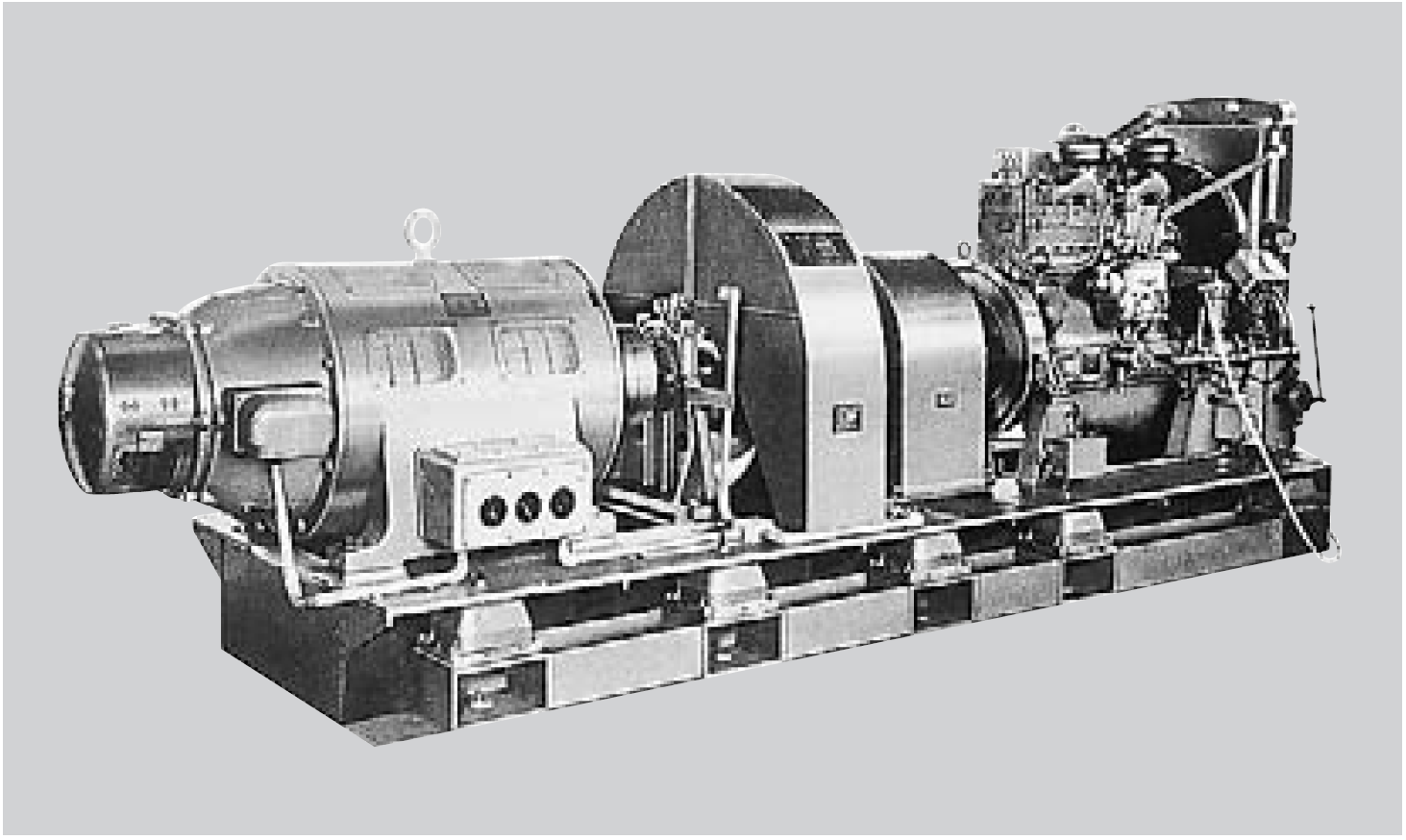 On August 1st, 1952, the business of the Ministry of Telecommunications was transferred to Nippon Telegraph and Telephone Public Corporation (present day: NTT Group) under the Law Concerning Nippon Telegraph and Telephone Corporation, Etc. Japan’s telecommunications business was formed in 1890 as a government-owned business, and after over sixty years, it had finally been privatized.

The newly formed NTT announced a policy of “being a company that can immediately respond to requests for telephones and instantly connects all calls as well as improve the quality of communication and achieves stability.” The company commenced work straight away on the “First 5-year Plan for Telegraph and Telephone Expansion”. One after the next, telephone exchange offices were established, and long-distance cable was laid.

In April of 1954, Japan’s first microwave interchange circuit was created between Tokyo, Nagoya, and Osaka. However, there was much room for improvement as all the relay stations required manned maintenance, the circuit switching system was incomplete, the device was large, and the storage battery had to be installed externally.

NTT established the goal of introducing the advanced technologies of foreign countries and overtaking them, at the same time as aiming to accumulate home-grown technologies. For this reason, the interchange circuit constructed between Osaka and Fukuoka in 1956 adopted technology imported from Britain. It was the first 3-engine uninterruptible power supply to make an appearance in Japan. With the conventional method, if there was a problem with the power source, a spare diesel generator was switched to manually, but until this was complete, a power outage lasting approximately 20 seconds was unavoidable. The uninterruptible power supply provided a way to prevent this and even made it possible to avoid instantaneous power outages; thus uncrewed relay stations were achieved.

NTT then adopted Japanese technology on the microwave transmission line established between Tokyo, Sendai, and Sapporo. For this purpose, several major manufacturers of wireless communication devices were requested to begin development and thus began fabricating prototypes. At this time, Sanyo Denki sought collaboration with another manufacturer in October of 1953 and started a joint development project.

Then, we had not obtained the actual British product, and there was not much documentation on it. Moreover, it was the fabrication of a prototype, worth 10 million yen at the time, which we paid for at our own expense. It was a challenging project which involved a great deal of risk.

The prototype took one year to complete. We particularly struggled with the clutch and as the result of a study, decided to use an electromagnetic clutch as there was too much loss involved with a hydraulic clutch. In this way, a Japanese-made 3-engine uninterruptible power supply was finally completed, and NTT highly regarded the reference material prepared by Sanyo Denki.

Consequently, Sanyo Denki became the point of contact for the four stations in Hokkaido and we successfully obtained the order for these in 1956. A communications line between Tokyo and Sapporo was constructed in the same year, and uncrewed relay stations were achieved thanks to the contribution by the uninterruptible power supply.

After this, the microwave communications system between Tokyo and Sapporo and uninterruptible power supply were widely adopted by NTT as their standard method, and Sanyo Denki obtained orders for around ten power supply units every year for ten years. This nationwide microwave circuit network not only contributed to an era in which instantaneous phone conversation was automatically possible across the whole of Japan, but it also enabled national television relay broadcasting.