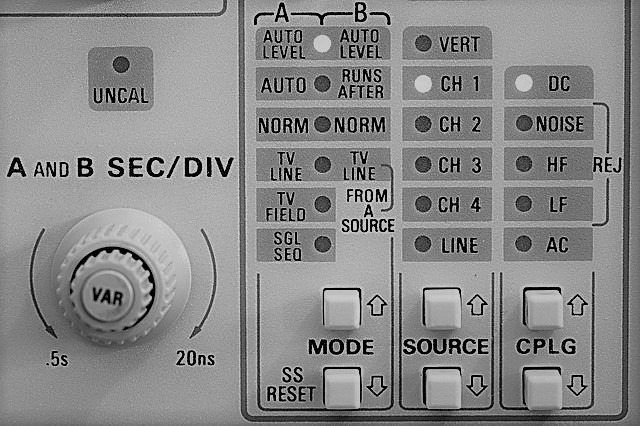 In recent years, various problems and demands have appeared as electric power systems are connected to different loads and power plants.

In commercial power systems and small-scale electric power systems that do not include power receiving points, when there is a load that requires great electrical power instantaneously within the installation, a voltage dip phenomenon known as voltage flicker occurs due to the peak current, which affects other equipment.

In mid-scale electric power systems that include power receiving points, there was demand for suppression of the operating voltage peak and effective use of nighttime power.

Technologies for stable electric power systems and technology for effective use of power can solve these problems and topics.

In the Sanyo Denki Power Systems Division, we have made use of power conversion technology and developed a variety of products, including a product related to stabilizing power systems and effective use of power.

This document will first explain the power conversion technology and power suppression technology from Sanyo Denki, and then it will introduce examples of applications of the product in the power regeneration device and grid management device.

Fig. 1 shows a basic circuit with two switching devices (this figure shows IGBTs) used upstream and downstream with a reactor connected in the middle. Using this configuration, the current can be converted from AC to DC, DC to AC, and DC to different voltage DC. Let us explain this principle in simple terms.

As explained here, simply by controlling whether the IGBTs are turned on or off, the circuit can convert DC into different voltage DC, DC into AC, or AC into DC.

Furthermore, this basic circuit (Fig. 1) can use either the A or P terminals as the input or output terminals. This means that power can pass through the terminals from A to P, from P to A, or in both directions.

Section 2 explained that there is one basic circuit as the main circuit for power conversion, and simply by changing the controls, the circuit can convert from AC to DC, DC to AC, or DC to different voltage DC, thus allowing the flow of power to be used freely. Using this conversion technology, the flow of power in the power control device shown in Fig. 9 can be managed and controlled, allowing Sanyo Denki to propose systems that can help the customer.

This section explains the types of management controls for power. Fig. 10 shows the flow of power. The regenerative power is indicated as negative power.

The peak-cut controls and regenerative power peak-cut controls are used to suppress peak power in the input by supplying or absorbing power with the energy storage device when the absolute value of the input power exceeds the set value. Furthermore, the peak-cut energy is used to charge or discharge the energy storage device by the next load fluctuation. The charged and discharged power can be set smaller when the load power fluctuates for a long time.

Peak-cut, aimed at lowering the customers’ contract demand, is useful for a low frequency of peak power where the peak power is excellent compared to the average power for one day, and the energy storage device does not become relatively large.

Base assistance supplements base power during the time range when using daytime power as shown in the figure; The supplemental power is stored in the energy storage device during nighttime, resulting in constant power output during the daytime. It is similar to the standard methods of power storage.

The amount of power handled here is great, and therefore a rechargeable battery is suitable for the energy storage device. In recent years, rechargeable batteries such as lithium ion batteries have been developed with very high energy densities for the volume and mass, allowing customers to construct easy-to-use systems.

This section introduces examples of how products using power control technology have been proposed and used by customers, and how these technologies have helped contribute to customer success.

the next time power is consumed, helping the customers’ equipment to become energy saving and suppress the peak power, thus allowing the receiving power distribution system to be smaller. In this way, the energy-saving multi-story parking structure that customers have been hoping for was realized.

This time, a smart grid using photovoltaic power generation and a lithium-ion battery was implemented in the charging system for electric cars, so a grid management device (K23AA-M) using the parallel processing method was adopted for use.

We want power from the photovoltaic power generation to charge the power for fast chargers and use the power from commercial power sources as little as possible.

The power for fast chargers gets extremely large for a short period of time, so to supply it with only photovoltaic generated power, a large capacity photovoltaic power-generator is required. However, the utilization rate for chargers is low and the average power is small, so we want the photovoltaic power generation to be equivalent to this power. This system was used in order to respond to these concerns from customers.

Fig. 18 shows a system configuration diagram for a smart grid using a grid management device. For the large capacity fast charger, there is one 10kW photovoltaic power generator. The photovoltaic generated power charges a lithium-ion battery, and when a fast charger operates, power is supplied from the lithium-ion battery. This equalizes the power from the commercial power source to the power in the grid as shown in Fig. 16 in Section 3, thus keeping the power from the commercial power source as small as possible. We achieved a power supply system aimed towards realizing a zero-emissions society through EV.

When driving the motors built into large pressing machines, a large amount of power is required momentarily. This causes a momentary voltage fluctuation in the input voltage and causes abnormal operations in the devices connected to the power source. In order to eliminate this problem, power receiving equipment and power distribution equipment have to be strengthened, which results in a large cost. The Sanyo Denki peak-cut device (K33AD-P) can suppress the power peaks from the commercial power by discharging power stored in the EDLC to be used as the large power required for large pressing machines. Furthermore, the regeneration power previously lost through heat from the generation resistors can be stored in the EDLC and it can be reused when next powering the motor, thus realizing power saving.

In this case, as the power supply for a 1800kW large pressing machine, power discharged from the EDLC is used in the peak-cut device K33AD-P as 300kW so the input capacity can be reduced from 1800kW to 1500kW, so a large pressing machine can be installed without needing to reinforce the existing power equipment. Fig. 19 shows the system configuration diagram.

This document described our power control technology and examples of stabilizing power systems and effective use of power by using the products with this technology. The examples introduced here are but a few examples of market needs, and this product is viewed as one that can be suitable for any customer’s needs. In the future, we plan to propose products that meet customers’ needs and contribute to customer success.